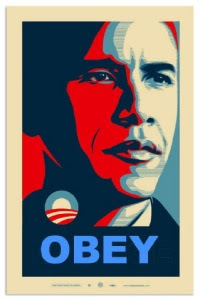 I hit the ceiling when I read this yesterday. Be thankful I decided to wait overnight before posting. But even after sleeping on it, I am still *Anglican Understatement Alert* unhappy that the House passed the “Generations Invigorating Volunteering and Education (GIVE) Act.” (No, that name is not a joke. I did not make it up.) Among its provisions:

Under section 6104 of the bill, entitled “Duties,” in subsection B6, the legislation states that a commission will be set up to investigate, “Whether a workable, fair, and reasonable mandatory service requirement for all able young people could be developed, and how such a requirement could be implemented in a manner that would strengthen the social fabric of the Nation and overcome civic challenges by bringing together people from diverse economic, ethnic, and educational backgrounds.”

*RETRACTION: As awful as the bill is, it appears the above offending section was removed before final passage. Though I’m not the only blog to stumble on this, I apologize to my readers.*

This is nothing less than the beginnings of the formation of an mandatory Obama Youth. Liberal Fascism, anyone? This is the stuff of totalitarianism and confirms my fears that the Obama regime has that kind of flavor.

If I were a teenager or a parent of the same, I would tell the feds where to get off when they came for me or my child. I’d rather be arrested than be in involuntary servitude to Obama. In fact, that raises a good question:

What do you think the state should do with parents who tell the government that they can pry their kids from their cold dead hands?

What do you think the state should do with non-conforming kids who refuse to have any % their individuality served over to the state?

What will be the penalty for non-performance to the state? Anyone that supports this measure without answering this question is morally and intellectually bankrupt.

More on this (and the cool logo) from Michelle Malkin. As she points out, us taxpayers would have to GIVE as well.
Posted by Mark at 10:54 AM

very good blog, congratulations
regard from Reus Catalonia
thank you

Folks, you need to get yourself up to speed on the Nazi German Youth Movement as well as the Russian Nashi Youth Movement. Visit http://www.calvin.edu/academic/cas/gpa/hjhandbuch.htm and http://www.scribd.com/doc/8204530/Russian-Analytical-Digest-No-50-Social-Movements-and-the-State-in-Russia to read up on both, and then decide how you perceive this Bill.

This is probably gonna up gun sales even more in the US.